From ABC News via [Kevin MD.] 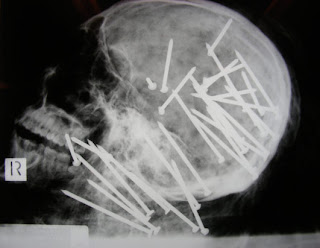 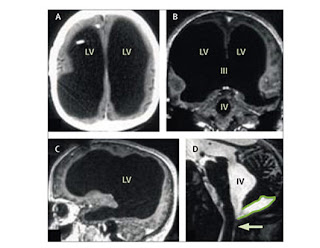 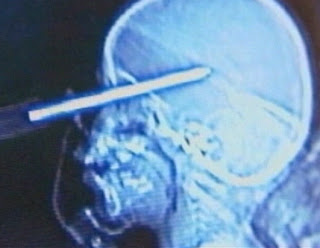 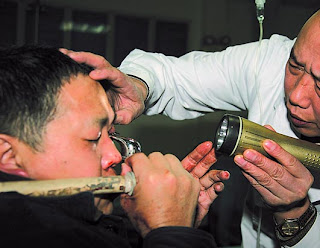 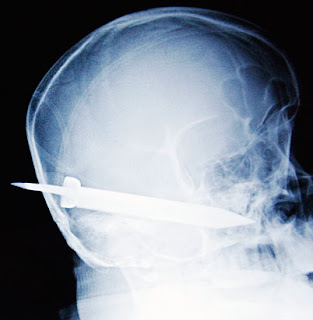 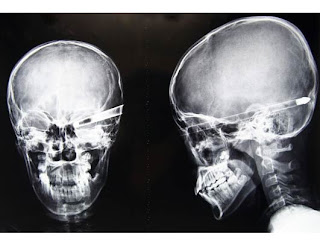 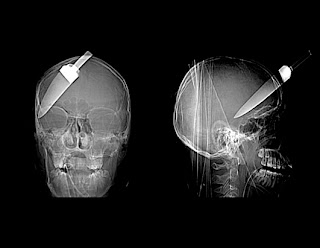 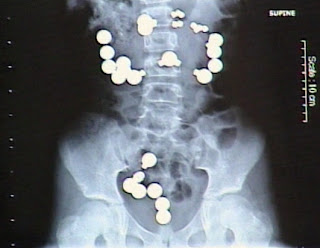 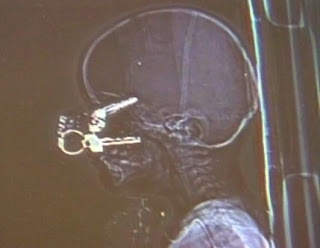 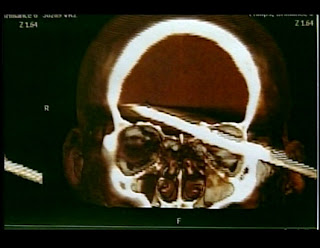 Part of being a medical student is the ability to be calm whenever facing a major trauma. Hence, we have been shown weird and traumatic images since first year. The ability to calm down is important since it can have a direct effect towards the patient.

Imagine your doctor being more anxious than you. How do you think that would affect the patient?
Posted by Hafiz at 2:14 PM 10 comments:

VICTORIA has passed the point where the spread of swine flu can be prevented and should immediately close every school in the state for a week to slow the progress of the virus, a federal government influenza adviser has warned.

There were last night 209 confirmed cases of swine flu nationally, with 138 cases in Victoria.

Although seven Victorian schools have been closed in steps to contain the virus and a further 27 identified as "affected", governments and health authorities insist the scale of the outbreak does not warrant wholesale school closures or cancellations of major public events. But Raina MacIntyre, an infections diseases expert and a member of Australia's Pandemic Influenza Advisory Group, said yesterday the time had come to consider more drastic steps.

"We're at the stage now in Victoria where a blanket closure of all schools and pre-schools should be on the agenda and a decision needs to be made quickly," Professor MacIntyre told The Weekend Australian.

Federal Health Minister Nicola Roxon conceded yesterday that the focus of Australia's pandemic response would invariably shift from trying to contain the virus to treating it. 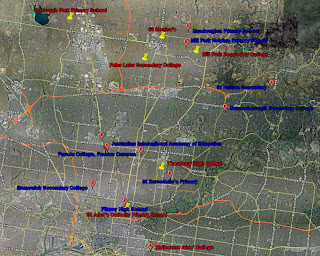 The hospital that I'm attached to is right in the middle of the epidemic area. I might add that there is one railway line that is passing through all of those schools.

p/s: Having said that, I don't think we should be panic with the increasing number of swine flu in Australia.
Posted by Hafiz at 10:04 AM No comments:

Be sure we shall test you with something of fear and hunger, some loss in goods or lives or the fruits (of your toil), but give glad tidings to those who patiently persevere,

Who say, when afflicted with calamity: "To Allah We belong, and to Him is our return"

They are those on whom (Descend) blessings from Allah, and Mercy, and they are the ones that receive guidance.
[Al-Baqarah: 155-157]

This post is written to clarify the difference between symptoms and signs.

When a patient come to see a doctor, the patient will usually tell what is wrong with him/her such as having fever, short of breath or chest pain. These are what the health professionals called as symptoms. Symptoms are the observations made by the patient.

In summary,
p/s: Sometimes, signs and symptoms are used interchangeably

I had the opportunity to observe Electro Convulsive Therapy (ECT) today. The indications for ECT are

The relative contraindications are

To reduce the effects of the induced seizure, muscle relaxants need to be given eg Succinylcholine (Suxamethonium Chloride). The patient need to be under general anaesthesia and a short acting general anaesthetic agent is used. The one I saw used Propofol.

Some trivia about ECT.

If you are ever had the chance to know how the psychiatric disorders are classified, you will be utterly shocked.

All psychiatric disorders are classified according to their symptoms. Let's say if you have symptom A and symptom B together, that will be called as a disorder 1. If you have the third symptom, symptom C, A+B+C = disorder 2. To make it more confusing, many of these psychiatric disorders are overlapping and if the psychiatrist are not able to categorise the disorder, they will simply called it disorder not otherwise specified

The classifications for psychiatric disorders keep changing over time, and any disorders were subjected to whether they were perceived as abnormal by society. If a certain psychiatric disorder was no longer perceived as abnormal and the society is able to accept the condition, this disorder will be removed from the classification.

Homosexual used to be classified as a psychiatric disorder. However, due to the increasing number of people who are practising homosexuality and the acceptance by some society, being homosexual is no longer treated as a mental illness.

We should treat the cause and not the symptoms. However, in psychiatry, many causes of mental illness still remain elusive and perhaps will take several centuries for it to be found. In the mean time, we have to depend on this classification based on symptoms, which is not accurate and can be confusing at times.
Posted by Hafiz at 6:05 PM 4 comments:

After doing nearly two weeks of psychiatry, I still haven't found anything interesting in this rotation yet. I hope I can find something useful in this rotation. Otherwise, psychiatry will not be an option in my future career list.

How much a young doctor earns?

Taken from The Star

lt starts at RM2.456.39 (Grade UD41, P1T6) as against those of other schemes of service. The initial salary takes into consideration the period of six years that an undergraduate takes to qualify as a medical officer.

Furthermore, the total takehome pay for newly-appointed medical officers is RM4,058.39 when all the monthly allowances and Incentive Payment for Critical Service (the highest compared to those of other critical schemes) are factored in .

> On-call allowance at the rate of RM150 per night;

> Incentive payment for specialist ranging from RM1,600 to RM3,100 per month, depending on the grade of the officer.

The ruling that will entitle newly-appointed medical officers to receive RM6,000 per month will take affect in 2010, after the current batch of medical graduates have completed their internship at a local government hospital.

Labels: Malaysia
HAVE WE NOT opened up thy heart,
and lifted from thee the burden
that had weighed so heavily on thy back?
And [have We not] raised thee high in dignity?
And, behold, with every hardship comes ease:
verily, with every hardship comes ease!
Hence, when thou art freed [from distress], remain steadfast,
and unto thy Sustainer turn with love.

p/s: I found it funny to compare the number of Google searches with a glass of orange juice

I finished my rural rotation last friday. For the last three weeks, I have been away from Melbourne.

After spending two weeks and a half at Heathcote, I personally think that rural rotation needs to be shorter in duration and Emergency rotation should be longer. There is not much to be learned during rural rotation.

You will be able to see how each health services are coping with limited resources in rural setting. Plus, you may be able to visit any interesting places around the town. If there are aborigines around, you can visit them and learn more about their culture and history.

Anyway, my three weeks of holiday in rural rotation has ended. Now, it is time for me to learn about psychiatry and hopefully my next rotation would be more interesting than RAPP and rural.
Posted by Hafiz at 8:56 PM No comments: